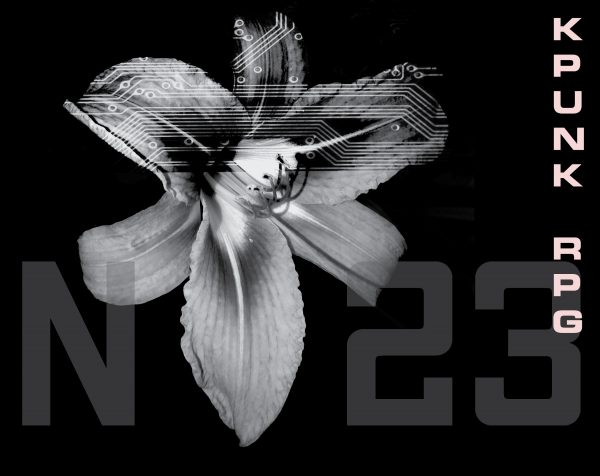 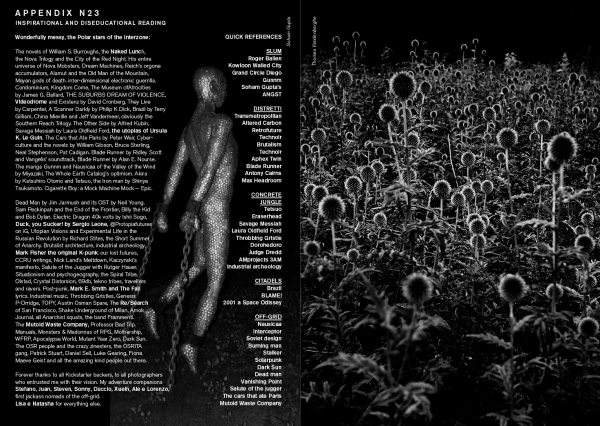 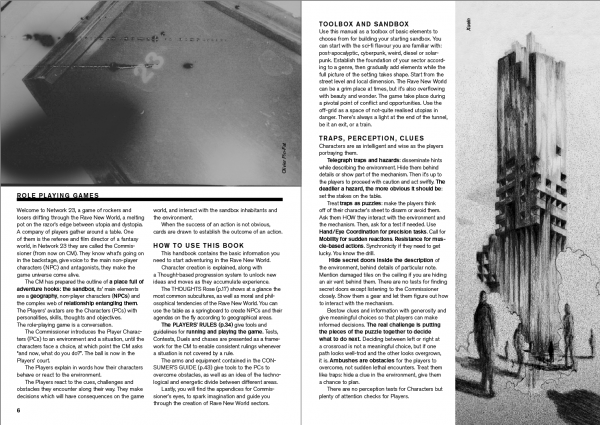 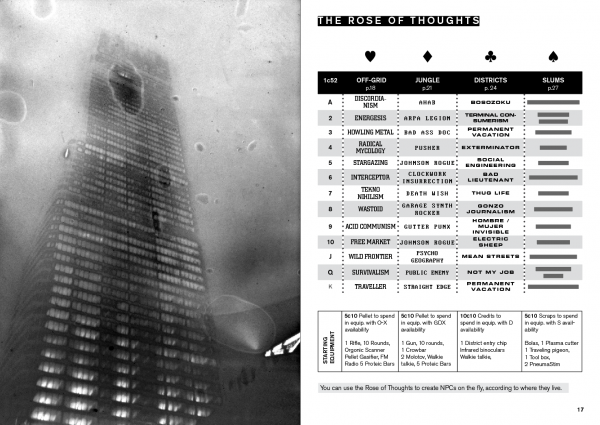 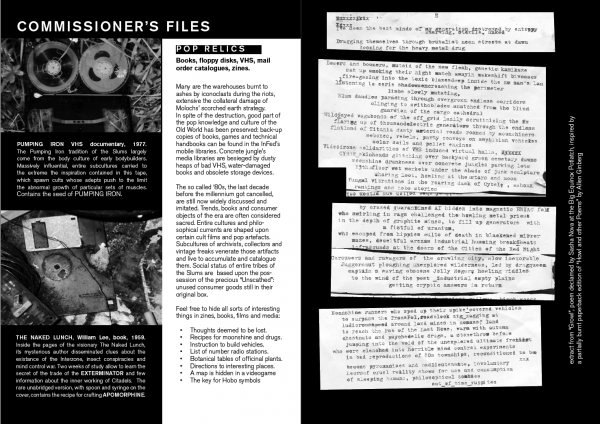 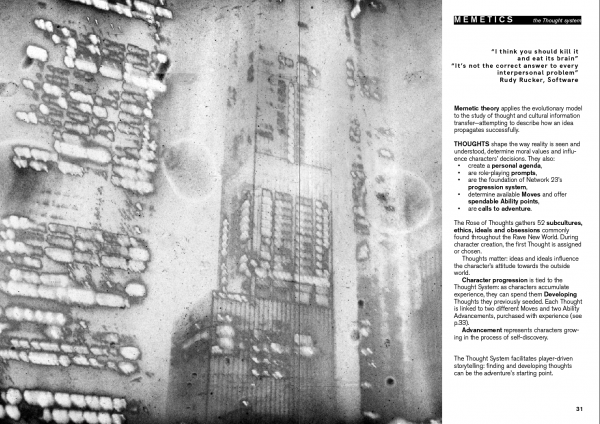 The future has been cancelled.

The centralised consumer society has fallen under its own weight following the Black Monday stock market crash of 1987 and the Black Friday revolution of 1989.

Pirate utopias face off against the autocratic power of titanic hyper-technologic Citadels, endlessly built by self-replicant and self-repairing automatons.

Solar towers and biomass generators sporadically flare-up in the boundless Off-grid: a melting pot of drifters and revolutionaries, cargo cults and acid communes, plowed by slavers’ convoys and tekno tribes.

Obsolete and futuristic technologies coexist next to each other: neural headsets for accessing K-space and organic 3d printers. Punch cards and second-hand cyber limbs. Wars are fought with laser weapons and plasma cutters, on radio frequencies as well as on Arpanet nodes.
Tears in reality overlook the ever-changing xenoscapes of the Interzone, lost in its folds are hidden forgotten civilisations, alien technology and inorganic demons.

There’s no map yet for these territories.

Utopia and dystopia face each other in a clash of civilisations, while entropy flows undisturbed.

The truce is over, the hunt is on!

Join the revolution, or the destruction.