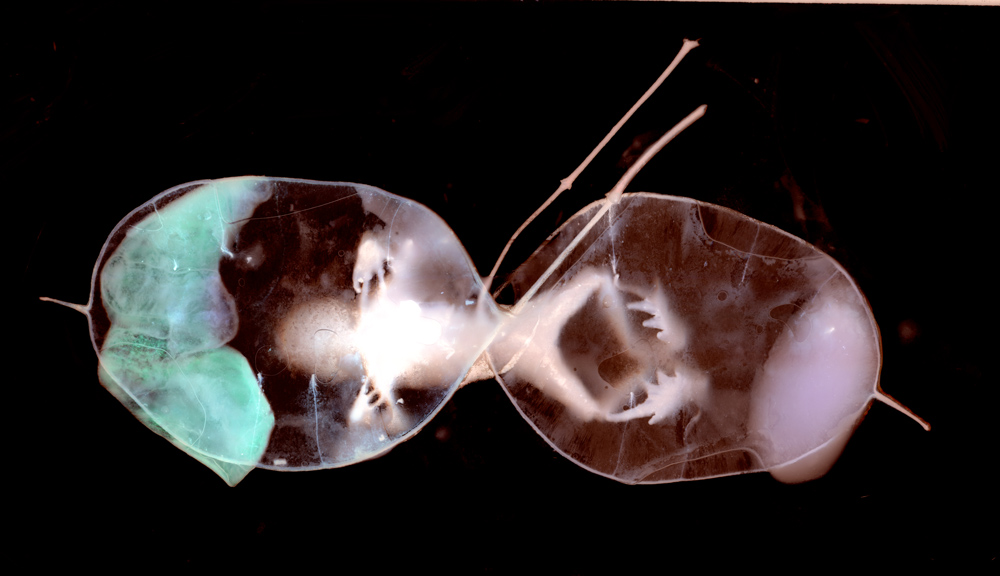 WELCOME TO THE RAVE NEW WORLD

During the crisis and revolution of 1989, the mass consumption civilization SPLINTERED. The future is not just unevenly distributed—it’s also ultimately discordant.

The Rave New World is divided in areas with wildly different lifestyles, resources and traditions. The OFF-GRID1 lacks a centralised water and energy grid and is roamed by nomads and convoys. Cradle of a myriad independent communities, notably the network of anarchist-tribal communes called “the Informal Federation” or “InFed”. Outlaws and slavers also call the Off-grid home, alongside wild boys and idealistic engineers, neo-spartans and hippie death cults.

The propaganda depicts the Off-grid as a dangerous and forlorn wasteland, the truth is that solidarity has the upper hand against barbarism. A renaissance of science, technology and trade is flourishing, shaped by the new needs of a horizontal non-hierarchical diffused society.

Allegedly for every wild theory and niche interest, there’s a group of people willing to shape an entire society around it.

In the Revolution’s aftermath, many abandoned urban areas in favour of fertile valleys and remote mountain ranges. Since the water and power grid were partially recommissioned, once again cities beckon to the masses—who answered to the siren’s call like moths to a halogen lamp.

DISTRICTS, they call them, vertical urban sprawls once known as cities where the grid has been recommissioned. The more light they flaunt, the richer they are. And the higher the defensive walls. Getting inside costs you, and the entry chip must be paid in credits: no scraps, no barter. Menaced by the InFed and Jungle rebels, Districts had limited space to grow, so they went vertical, nowadays most of them are built on many levels. Sunlight is a luxury for those who can afford it: your credit chip is colour coded to tell what levels you’re allowed to step into and locate you within the food chain. It’s techno dystopia as 1989 could have been imagined it: a dirty and sleepless melting pot of holo-adverts and virtual cabaret, claustrophobic mazes of dodgy speak-easies and cyber clinics, leet hackers and corporate bastards.

Individualism at its worst, the name of the game is to climb up the city, get UltraViolet credit clearance or die trying. As credits dwindle, the lifts to the upper levels shut you out. Going InfraRed costs freedom, status and can lead to expulsion or being sold as slave to the Hives. It’s not uncommon for Infras to hide in the dilapidated underground levels until they accumulate sufficient credits to start the climb again.

Infotainment is circulated through cable TVs and homeostatic newspapers. A closed-off Intranet can be accessed through wearable tech and data corners. K-space neural headsets for deep connection are illegal but, with the right contacts, nothing is beyond reach. If you look for a life which smells like the old world and don’t mind getting your hands dirty, go for the Districts. 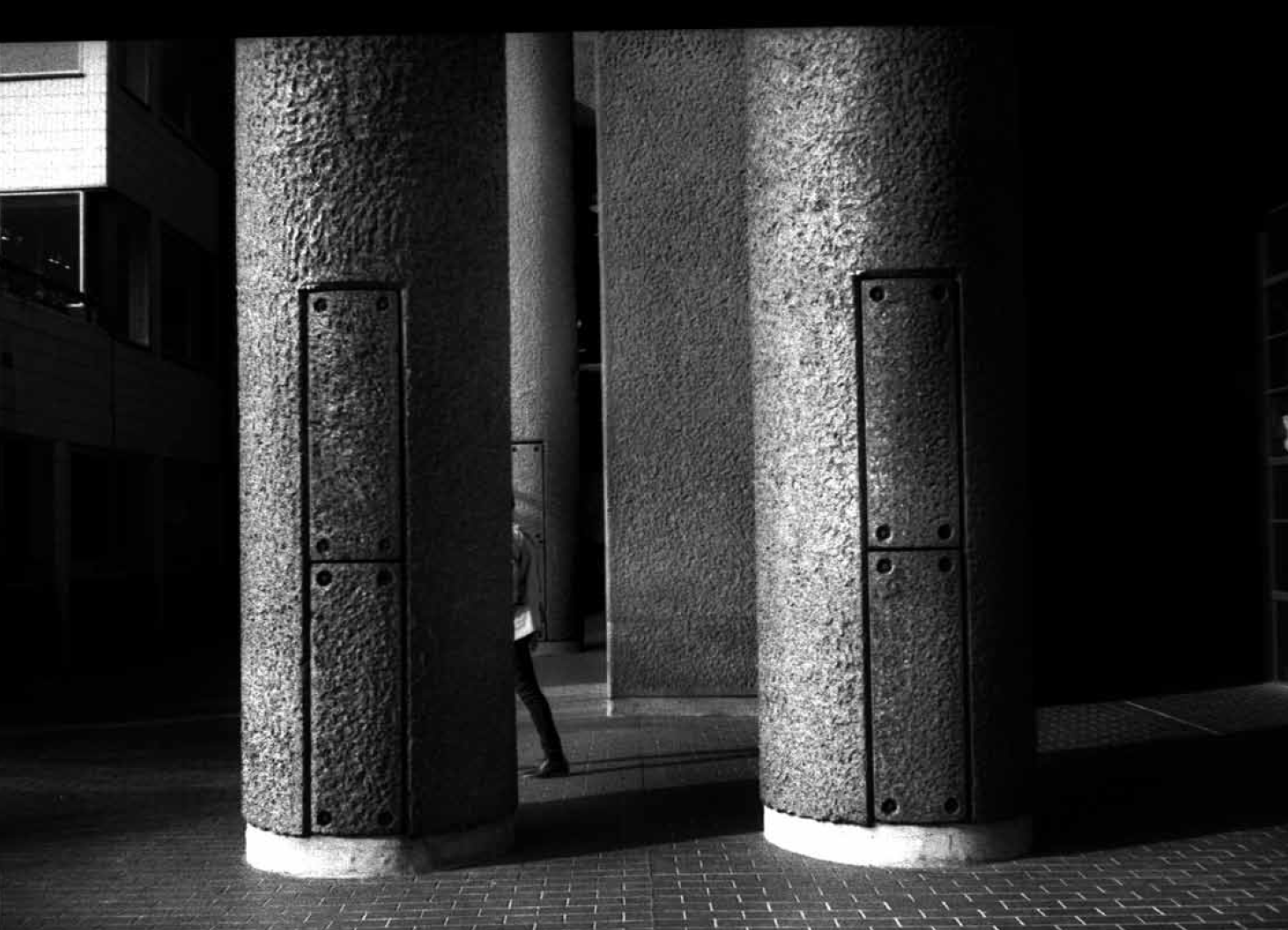 The wide dark area embracing the Districts’ walls is known as the CONCRETE JUNGLE3, : a lawless maze of brutalist buildings, mostly inhabited by anarcho-individualists, survivors and small-time troublemakers, organised in uncoordinated small communities. In some places, Jungle and District’s low levels overlap.

Jungle dwellers answer with guerrilla action and the constant threat of infrastructure sabotage.

Where does Districts’ electricity come from? Nuclear power plants in well-defended places or directly from the Hives deep beneath the Citadels. Districts like to think of themselves as independent but, ultimately, Citadels hold the whip hand and can pull the plug at any time.

The CITADELS, the Molochs… titanic enclosed megastructures of steel and glass, raised from the ashes of ruined economical centres. Once buildings and skyscrapers, presently an abhorrent cloud piercing conglomerate of concrete and metal.

Each Moloch is controlled by a Board of oligarchs and run as a mega-corp on the cutting edge of bioengineering, cloning, bio-weapons, nanotech, genetics, robotics or AI. Tens or maybe hundreds of thousands people live within, outsiders are barred from entry—exempting the Hive’s inhuman factories incorporated into the Citadel. 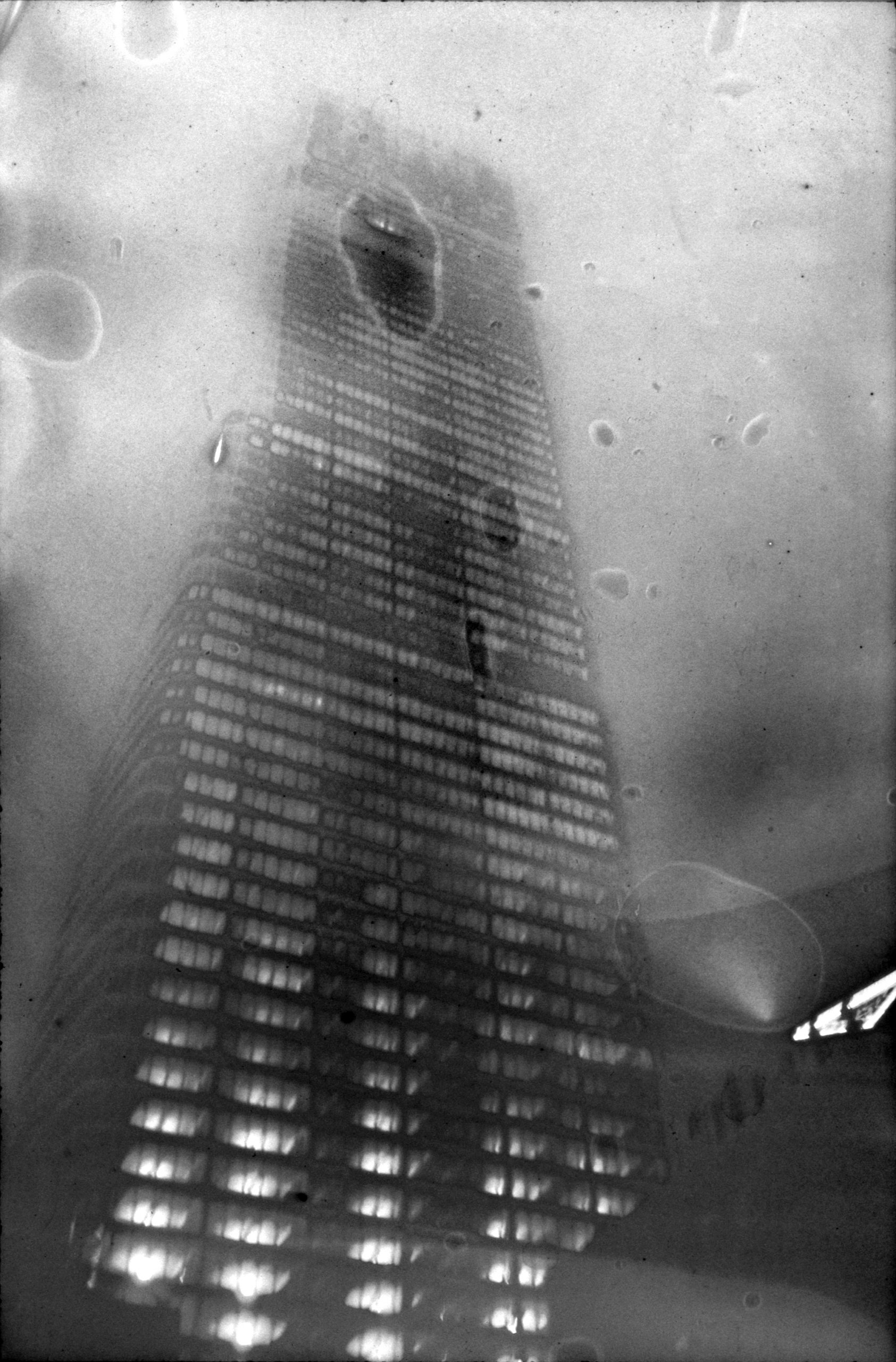 The bulk of Hive factory’s workforces are enslaved. But, for some, working in the Hive is an almost religious choice: they come from the SLUMS: reservoir of superstition, concentric circles of scrap and misery surrounding the Citadels like begging mouths with bad teeth. Slumsters would defend their chains with their own life… not that it holds much value. Many are simply grateful to live a miserable life under the citadel’s shadow and many more dream of becoming a citizen—or even a shareholder—one day. Not that it will ever happen but, somehow, they worship the Citadel, for them it’s an honour to break their backs and corrode their lungs down in the Hive.

Most can’t think of anything but surviving, walking around with their hyenas and crashing some heads in the lead ball arena. They curse and bless the iron monsters under which they live like skin parasites, feasting on unwanted secretion and never able to delve deeper.

Between the Slum and the Citadel stands No Man’s Land, an immense open-air junkyard where the trash thrown from Citadels’ top floors piles up in heaps.

You can find good stuff: obsolete cyber scraps, circuit boards, juicy batteries. For the most part it’s organic waste, metal scrap and old, tasteless office furniture which tends to fall head first from the 250th floor. Some lucky scavengers even found parts of the Buildmann robots which build the citadels according to the algorithms being fed into the circuits. It was a big deal, something worthy of actual veneration. It’s forbidden to get into the dumping ground without a scavenge or hunting permit: the Dog Catchers have a license to forcibly take away unauthorised trespassers and junk thieves to sell as slaves. Dog Catchers are the worst of the scum—don’t get anywhere near them. 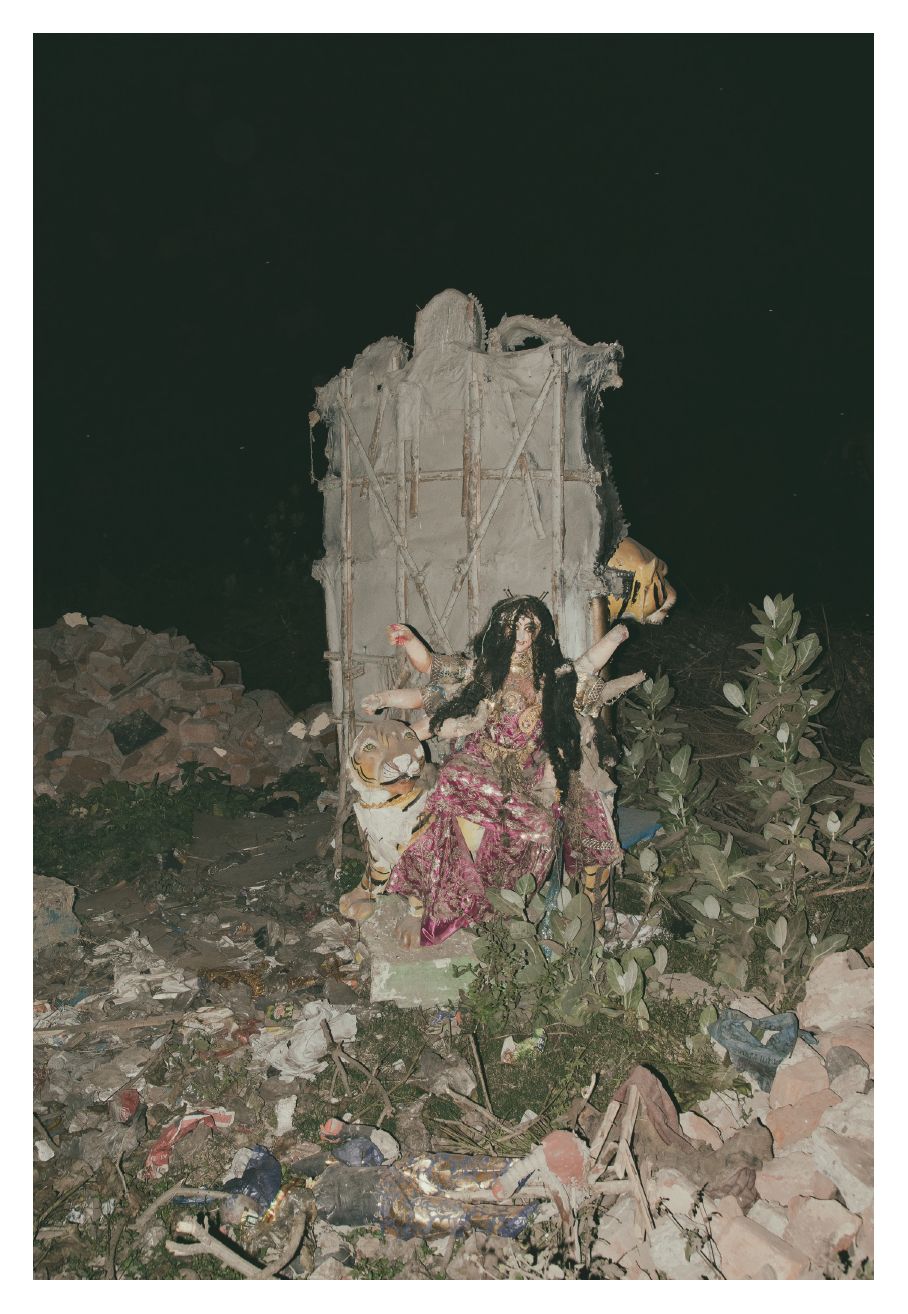 Lastly, PROTOPIA7 are rumoured to exist: secret beaches, underground cities, high-tech settlements in remote valleys—fully realised utopias, sanctuaries of scientific and spiritual research. Some say they don’t exist. Others say the Geneva CERN has been torn to pieces. The simple fact Protopias exist is a blow to profit logic’s inevitability, advocated by Citadels and Districts as the only valid alternative to barbarity. Another civilised way of living exists and they don’t want that.

Lately, there are rumours of thresholds and portals to the INTERZONE8, appearing around the off-grid. It can be used to get to any place if you know your way around, but the way changes each time. It’s not human scale and full of deadly hazards. A labyrinthine net of parallel dimensions and evanescent demiplanes. A necropolis of lost civilisations and evolutionary dead-ends, unknown species and viral demons. Between fractal folds, the Interzone’s deep sectors enshrine Lemurian tech vestiges and the precious Quasicrystals, raw material for the cutting edge Q-crytech which promises to shatter the Rave New World’s current equilibrium. It’s the new gold rush. Those who return with quasicrystals or a relic, can retire and live well until the end of the days. Not many make it back though.

Since the first thresholds, pits and portals appeared, our land has changed… entropy they call it, the river of ink leaking from the Pandora Vase of the Interzone, leaving silver sores on the lands and people who come in contact with it. 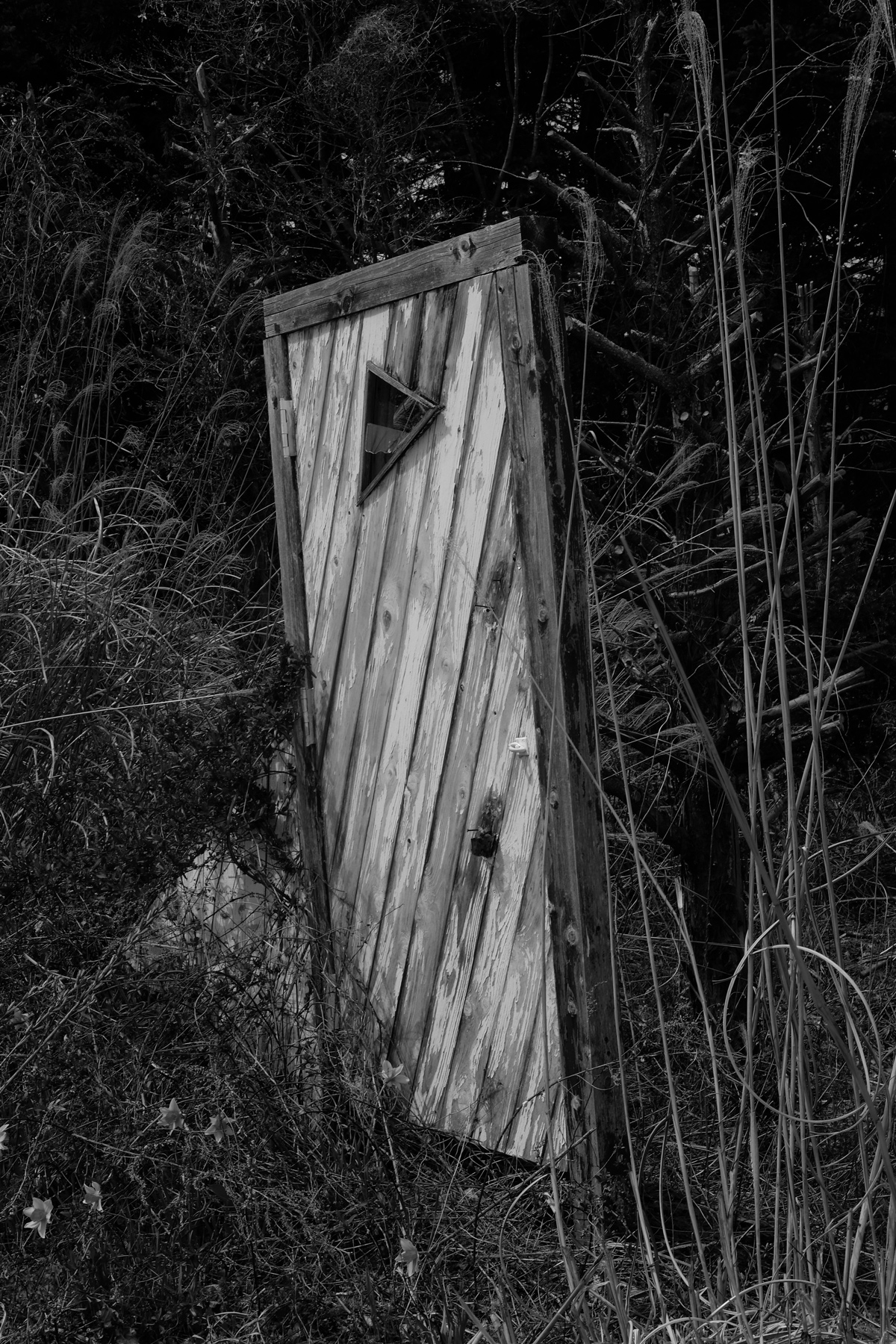 Extract from the bulletin “Culture Epidemiology” from the BBS of Disordnance Survey.